Runner games became popular many years ago with the release of Temple Run and its sequels and spin-offs. Because of its massive success, it spawned a whole new genre of gaming – endless runners. 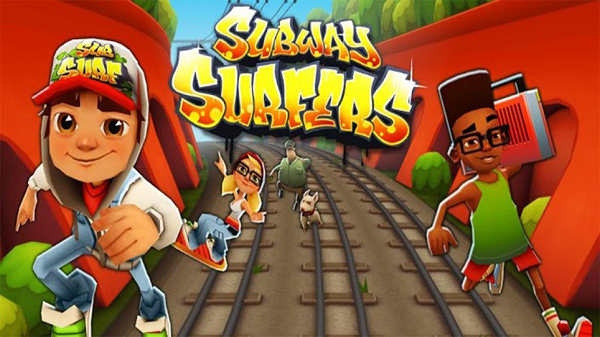 In this article, we don’t need to introduce this game to you as you’ve probably heard of it. Subway Surfers APK was released in 2012 when the mobile gaming industry was at its dawn. But now, this game has remained a classic and it’s still playable to this day. But for those who don’t know it, what is it all about? Let’s find out!

With such an incredibly addictive gameplay, it’s no surprise that this game has over 1 billion downloads on Google Play alone! Millions of players love the game and it remained a top-charting game over the years.

So, what exactly is the secret behind this? Is there a complex gameplay that’s meticulously crafter to achieve this? None! The game is a simple endless runner where you need to escape a police chase after putting a graffiti in the subway. In this game, you’re automatically running just like in Temple Run. But unlike in temple run, the obstacles in here are subway-related like trains, walls, cones etc. 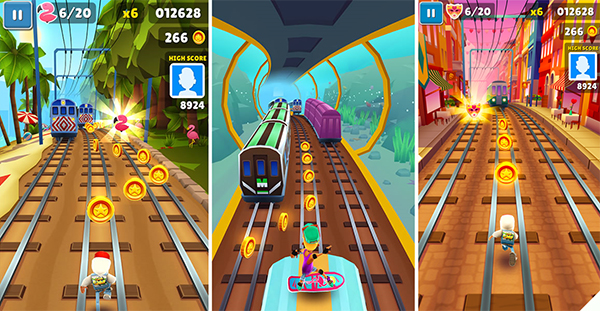 You also need to pick up coins and power-ups to that gives you temporary advantage in the game. The goal of the game is simple, try to keep running as long as you can! But it’s not the simple. As you continue running, the pace gradually moves up until it’s too fast for you. That’s what makes this game such an addictive one as you are trying to beat your record and others worldwide. Think you have what it takes to be the best runner?

Subway Surfers has so much more to offer than just endless running. After all, it couldn’t have achieved so massive success if not for its endearing features! So, what separates this game from so many copycats? Let’s dig in:

Various characters - At the start of the game, you can only play the main protagonist – Jake. Jake is a cool but naughty kid that regularly gets caught up in some kind of mess. Together, he and his friends try to bring fun and escape the authorities in this game. His friends are Tricky, Fresh, Spike, Yutani, Frank, Frizzy and many many more! Collect them all to get different kinds of game styles and costumes. 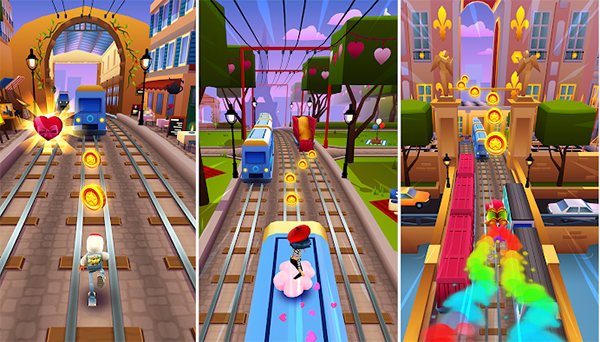 Easy controls – Another aspect of this game that was a contributor to its success is the easy controls. Like most endless runners, you don’t need to press anything in order to accelerate. You just need to swipe left, right, up and down to maneuver your character. You also just need to double tap the screen to activate your power-ups. That’s how easy it is!

Plenty of power-ups – What makes a game even more fun is the presence of power-ups. These are time-limited items that give you a special advantage when used. In this game, there are tons you can used throughout the run. You can pick up sneakers which will enable you to run faster. Or the magnet which will allow you to pick up all the coins in your surroundings automatically for a period of time. But perhaps one of the coolest of them all would be the jetpack that allows you to fly into the sky and collect coins and power-ups in there as well.

Impressive graphics – This game offers a stunning 3D graphics at the time and it still holds well today against most games. The characters are well-designed with cuteness in mind and the scenery and obstacles all look convincing. Also, did we mention that the one police officer chasing you has a dog? It looks realistic and frightening too. So, do your best to outrun them! 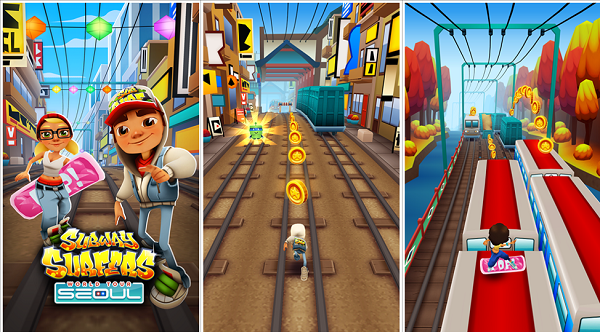 Multiple locations – Even though the main theme to this game is the subway, the developers does a good job of changing locations from time to time. With every update, the location of the subway changes as well as the main elements in the game. This allows the game to be not boring. In the current update, the game is set in Paris.

An endless runner game may seem like a fun and casual game to pass the time. However, a lot of players take this seriously in order to come out on the top at the leaderboards. But getting there isn’t a piece of cake! In order to do that, you first need to read these tips:

Stay high – In this game, the key to your survivability is by avoiding obstacles. However, that’s not possible at all times when every turn you make are full of obstacles. That’s why whenever you see a train, try to get on top of them as much as possible because they offer temporary relief from obstacles. Also, when you see jetpacks, get them at all costs because when you’re in the sky, there are no obstacles at all! Memorize the power-ups – In this game, you can’t just pick a power-up and expect it to work perfectly fine each time. When you bump into an obstacle while using one, you’ll lose them instantly. So, it’s important to know what each power-up does. There are power-ups that fly you into the air and there are others that allows you to jump super high. Whatever it is, the key to using it effectively is by knowing what it does.

Watch videos – Coins are your best friends in this game as it allows you to unlock characters and so on. But did you know that you can get to earn coins every day? Yes, you just watch a video advertisement and watch as you will be rewarded with coins.